My morning did not start out too well. I pulled out my box of photos I have not yet scanned because I knew I had two photos of *Matt.  I can even see the photos:  one of Matt and me, with his Oakley sunglasses around his neck, and the other of Matt holding a sea turtle at the Cayman Turtle Farm.  So I went through hundreds of photos and threw out the ones that really didn't mean anything in this day of being able to get pictures off the internet.  Suddenly a group of bad pictures taken in the 1970s of Big Ben mean nothing.  Anyway, I come across a bunch of pictures of myself during the first trip to Grand Cayman, when Matt showed me around.  I even came across a picture of me at the Christmas party down in Cayman with the airport station manager.  The two pictures of Matt? Missing, and I have no idea what happened.  Metaphorical?  Then, the next morning, my green tea appeared in a cup I hadn't seen in twenty years: A Cayman Airways mug.  Huh?  The logo of "Sir Turtle" is very much faded, but its appearance spooked me.  Metaphorical?

My last blood tests at my primary care doctor revealed a "fatty liver", so I have to have a sonogram of my abdomen and kidneys.  I have since seen my gastroenterologist, and he said he is not worried about it.  I am trying to get him to cover my feeding tube opening with a flat "button", but he needs for me to have a CT scan of the area so he can determine if it can be done with the opening I have now, or if I have to have a whole new endoscopy procedure [this would make number 3 for me -- ugh], so I have all those procedures booked for the next 2 weeks.

The day got better when I met the Wolfes for lunch -- Deb, Andrew and the twins Sofia and Elan.  It always gives me a lift when I see them.  This was my birthday lunch five weeks later.  Nothing like stretching my birthday out. 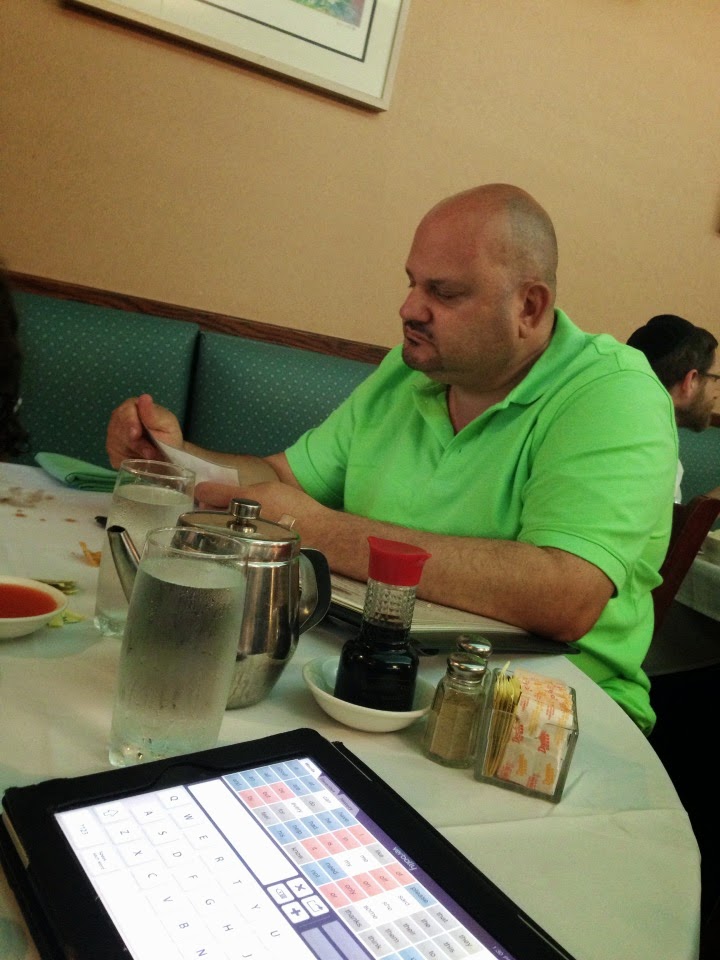 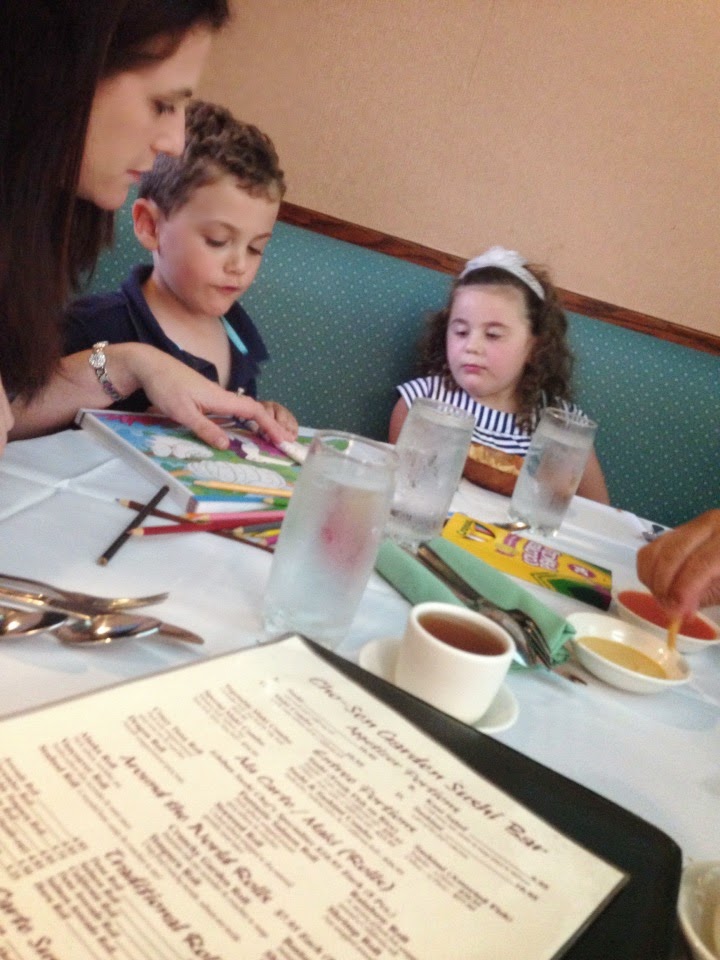 Chelsea has a new auntie and I have a new friend.  Her name is Danielle [Nellie] and I met her -- of all places -- on LinkedIn.  I was in a freelance writers group and introduced myself as living in Queens.   My profile indicates that I am involved with rabbit rescue and she contacted me.    She came over this week and brushed out Chelsea, and was not intimidated or uncomfortable around my disability.  It was so comfortable and refreshing.  She was talkative and stayed until almost 11.  Here are some pictures of Nellie with Chelsea. 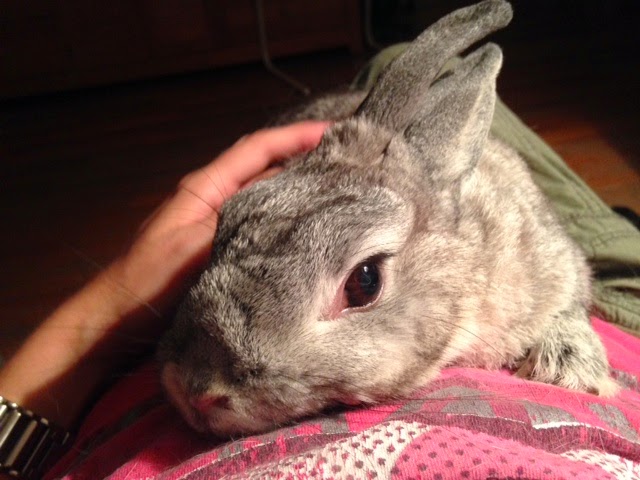 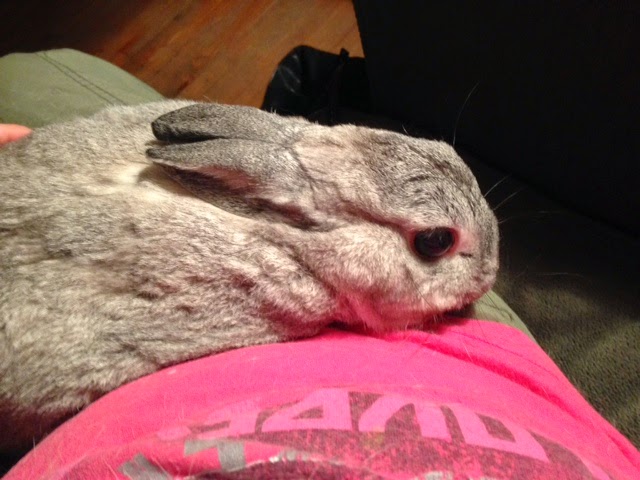 Well, okay, you can see Nellie's hand and shirt.  Maybe next time, there will be more of her.  But, you can certainly see enough of my Chelsea's beautiful face and how she loves to be petted.

Next time:  42-year high school mini-reunion and meeting one of my teenage idols up close...