Volunteering to Make Yourself Feel Good

A while ago I wrote an article for Associated Content entitled "The Payoff of Volunteer Work". If I do say so myself, it's good reading. And I don't recommend reading it just to promote myself, but rather to give some perspective to an online exchange I am having on Facebook with another patient. She was saying that when people visited her or helped her out, some were only doing it for their own benefit. I agree, but I don't have a problem with that. I even have a friend, Maddy, who says that asking her for help is actually giving her some pleasure and fulfillment. So she begs me all the time to call on her for assistance, which she has given to me in leaps and bounds. I still feel uncomfortable asking for help, even from her, and from other friends who have been so generous.

But let's face it: aside from figures like Mother Teresa and Mahatma Gandhi, we are not totally altruistic. We all reap benefits from doing good, whether it be perceived better place in heaven, a tax deduction, something to put on a work resumé or a college application, satisfaction of community service requirements, opportunity to meet people, easing your own loneliness, or just a good feeling. Even easing a feeling of guilt for some wrong you have committed in the past, is valid reason for helping someone, like the former Ku Klux Klansman who was recently on television saying that he now volunteers to help poor blacks in the South.

I did a lot of volunteer work before ALS. And I won't lie: I reaped a lot of benefit. I did the 12-mile Walk for MS, and the March of Dimes Walk every year. These walks gave me exercise, the chance to see thousands of people, and dozens of free tee-shirts to show for it. I volunteered for Broadway Cares/Equity Fights AIDS very often. Through BC/EFA I met a lot of cool friends, two of whom I am still in touch with 15 years later. I also met celebrities volunteering at BC/EFA events, and every once in a while they threw the volunteers free theater tickets. I got to meet people I would never have met otherwise, and I even got invited to private parties through the friends I met. I even volunteered as an usher for off-Broadway shows. Unlike the Broadway shows, which use paid union ushers, many off-Broadway theaters and regional companies use volunteer ushers. It's a great way to see the show for free because once you seat the patrons, you can take a seat and watch the show. I've enjoyed free food, gift bags, volunteer parties, pictures with celebrities, and other freebies by volunteering at events. Sometimes I received the same fancy gift bags and fancy food enjoyed by the rich and famous who had paid several hundred dollars to attend. When I worked the phone bank at the Gay Mens Health Crisis to recruit people for the annual AIDS Walk, a local bakery donated baked goods, soda, and sandwiches every night. Free food is always good.

What do you get from volunteering with an ALS patient? You won't meet celebrities, at least not with me. You'd have to somehow find satisfaction from the fact that you're making someone happy to get out or have a little companionship. You would have to have a lot of patience. Are there better ways to spend your time? Sure! But I don't question anyone's motives, although the lady I was conversing with this morning has a problem with certain motives, and that's her prerogative. The only motive I have a problem with is no motive at all, because that leads to resentment. I don't want anyone saying "What am I doing here?" or "Why do I have to do this?" or "How do I get out of this?". I'd rather be alone than know that anyone is doing anything for me that they really resent. I don't think anyone owes me anything, even though I do get angry sometimes that some people from my past have disappeared, and hurt that others I have felt close to in the past do not feel close enough in return to care about me. Maybe it's hard to find out that my feelings are not returned, but maybe I needed to find out. When the going gets tough you really do find out who your friends are, and sometimes they're not who you think they are. But if we both get something out of our association -- I get help or company, and they get satisfaction -- it's beneficial.
Posted by Fern Ellen Cohen at 8:19 AM 2 comments:

I knew the day would come when I would have to say goodbye to my tub-slider. It had been loaned to me from ALSA and it has been sitting in my storage space in the basement, in anticipation of the bathroom renovation which never came, and never will. So ALSA called and asked if I had the renovation yet and if I were using the shower equipment, which retails for $1800, and which can't work n my bathroom the way it is. I had to admit that I wasn't using it, and give it up to someone who needs it. It's only right, but it was tough for me to face the realization that I won't be able to get in the bathroom again. On Monday morning, I have a night aide who graciously stays another 1/2 hour so that she can work with the morning aide to move me a few steps into the shower and give me a shower and wash my hair. But with more room in the bathroom, they would be able to wheel me in a special chair and slide me in the shower. That way, one aide could do it, and I could shower every day. I feel less than human, but I will have to get used to it, because I will never be able to get $7,000 together to renovate.

I have connected on Facebook with a lot of my former students, and classmates from high school. My former students are all telling me how influential I was in their lives. Veteran teachers always told me in my darkest hours "five years after they graduate, they will come back and tell you that you were a favorite teacher. Yup, that's about right. As a matter of fact, several of them have become teachers themselves, and one student -- one of my most talkative and disruptive girls -- told me her students never shut up and it drives her crazy. She apologized to me for being such a pain, because now she's on the other side and knows how it feels. Funny how life turns out.

Sometimes I wish I could wear a sign saying "I had a life before this. I was slim and cute too. I didn't always look like this. I was a teacher and spoke three languages fluently, and studied three more. There's a brain in this broken body. Talk to me." But it wouldn't do any good. On the internet people don't have to look at me, so it's easier. When people email and ask how I am, I tell them "great!" Anything less than that is misinterpreted as bitter. I've found out that I am not allowed to be sad or angry, and I must be an inspiration at all times. It doesn't seem fair that healthy people are allowed to scream and complain, but I am told that nobody will want to be around me unless I am grateful to be alive, realize that there are people worse off than I, and am an inspiration 24/7. I don't know why my healthier counterparts are allowed to forget how lucky they are, but that's the way it is.

I am grateful to have celebrated another birthday earlier this month. On my birthday weekend, one of my aides took me to lunch, her mother bought me a top. Then my family came out to Queens and took me to dinner. The following weekend, Louise and Judy took me for Thai food. Of course, I am very grateful for that.

My braces[AFOs] need to be adjusted, and my shoes have stretched out, making standing very painful until it gets fixed. The shoes are not covered by insurance. Although I can pay the $150, it kills me that products for disabled people are so overpriced. My physical therapy is managing to stave off painful spasms, and the therapists get me to stand and balance, which feels good. I am working out with light weights to preserve the muscle tone I have. I am still working on a program of nutrition to reduce my sugar, stay healthy, and drop the weight I gained. I'm discouraged by the fact that the nutritionist at my clinic hasn't gotten back to me according to her promise to investigate an alternative to the sugar-filled products out there. And my wheelchair seatbelt broke again, but Medicare won't pay for another one, so I have to make my own arrangements for the repair.
Posted by Fern Ellen Cohen at 9:03 PM 1 comment:

Why Go To A Support Group?

Why Go To A Support Group?To read my latest guest-blogger post on the ALS Association of Greater NY official blog, click on either of the links aove.
Posted by Fern Ellen Cohen at 4:28 PM 1 comment: 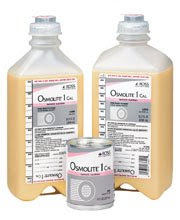 I have been doing a lot of research on nutrition. My triglycerides are high and I am really bothered by the amount of sugar in Osmolite, which goes in my feeding tube. I am still plagued by my new obesity, which is not only unattractive but extremely uncomfortable for me and for the aides who have to transfer me. When I am at physical therapy, the room is lined with mirrors and it depresses me to see myself. It further disturbs me that there don't seem to be any alternatives out there. They are all filled with sugars! I want to make my own mixtures, so I am looking at recipes. Then, how to get the aides to keep mixing up these concoctions for me?

I think these tube feeds are made for people whose weight has gone down to nothing, and that is not the case with me. I know I am going to get a bunch of emails from well-meaning people who want to make me feel good by convincing me that I am beautiful anyway, that my weight is not important. Thank you, but It's not about that. When you can no longer apply makeup, take regular showers, insert contact lenses, and have to be confined to a wheelchair, obesity is not something you want to deal with. It's unhealthy, unhygienic, and yes unattractive to someone like me who has never had more than 20 pounds to lose, and that was optional because it was a matter of clothing no longer fitting, and never affected my health.

This is not just some shallow desire. It is a challenge I need to handle. I have been researching mixtures that will be easy to blend up and provide all the nutrients I need. I have been taking supplements. And I have been trying to do exercises in the wheelchair to fill in between my twice-weekly physical therapy sessions. Suggestions?
Posted by Fern Ellen Cohen at 11:09 AM 2 comments: